We arrived at Antur Stiniog on the Friday evening with plenty time for a track walk. First impressions were really good and the excitement had started to build. The venue is set in the middle of one of the worlds biggest slate mines with a stunning backdrop framing everywhere you looked. The track walk revealed one impressive track, although with it being completely in the open, things could get interesting if it was windy. It was pretty windy on the Friday that's for sure. 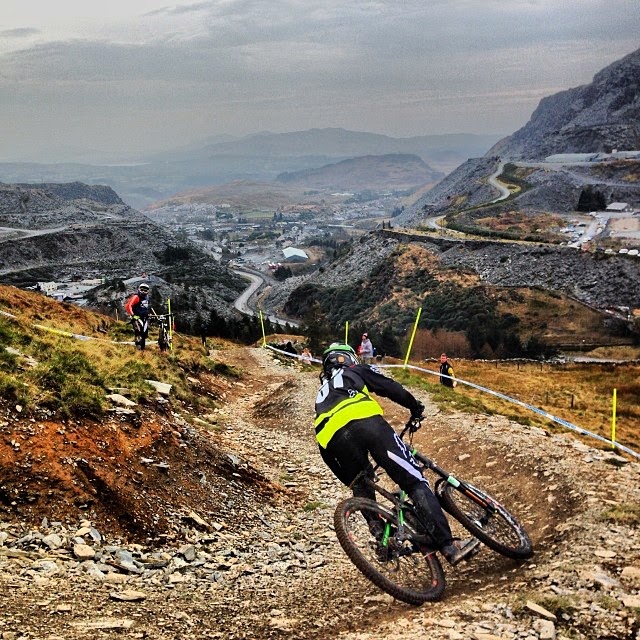 We figured out a few key areas that would make or break your race run with one being near the end before entering the only section in the trees. It isn't a technical corner, just one where you need to get the speed right. If you stall in the middle of it you're in bother for the short uphill onto a flat section before the finish. Keep your momentum through this and you can gain a faster sprint to the finish line without having to work hard to regain the speed lost in that turn. 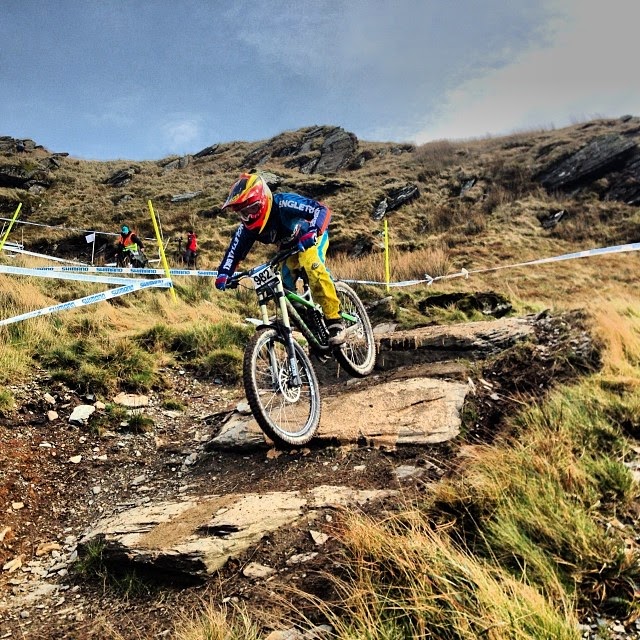 Gavin Taylor handling the tough course like a boss!
﻿

The top starts off with a few blind drops into turns, followed by a gnarly looking drop off which proved to be a spectator hot spot. A few tight hairpin turns then spat you out onto some jumps and the speed trap section. This fast bit of the track then takes a slight left with a compression that you can use to get the speed down for the tight right hander. Then it's a hop to hit a faster line across a rock on a right hander before crossing a bridge, then a step-up onto a right hand turn before dropping off what seemed like a sheer cliff face.... hang on, it was a sheer cliff face. It was maybe around 10ft by the time you land on the downslope and continue into the last section consisting of double jumps and berms. 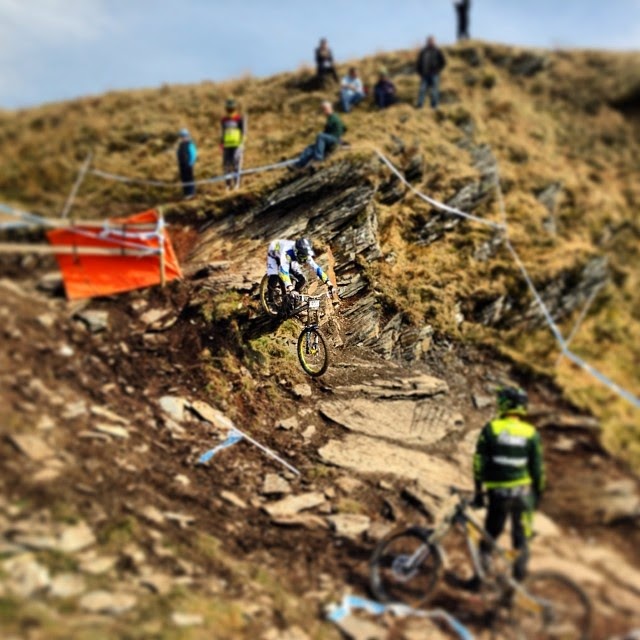 Saturday
A few beers later and it was Saturday morning. Practice day! The team headed up the hill in the uplift motors, and Dave walked up the track with the cameras to catch some of the action. It had been raining hard during the night and while not a particularly muddy course, the rocks at the top were getting covered in mud making it very slippy.

It took the team a few runs to feel comfortable with most not getting to grips with the course until race day. This seemed to be the same for just about everybody. So many riders were crashing attempting the first major obstacle on the course, a huck drop onto rocks while setting up for the next corner on landing. This part seemed to be psyching many out with time spent mustering up the confidence to pop off it. Further down the wind made it hard to hit the jumps safely at speed and you could tell riders were getting frustrated by the days challenges. 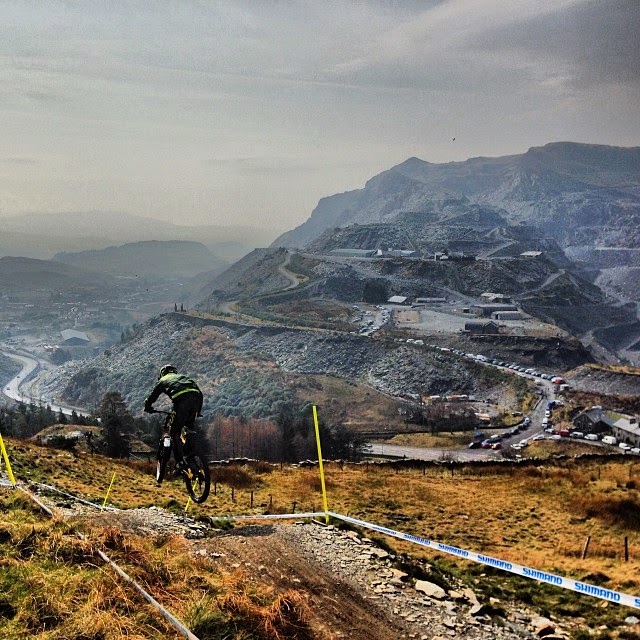 On Saturday night we headed into town to watch the Steve Peat movie, 'Won't back down'. As expected, it was an Epic film of all proportions and a good inspirational end to practice day.

It had stopped raining and the track was starting to dry out, but the riders were still struggling for grip in places during morning practice. Come the afternoon the track was getting faster as it dried out and grip improved massively. This was clear to see as everybody looked pinned! 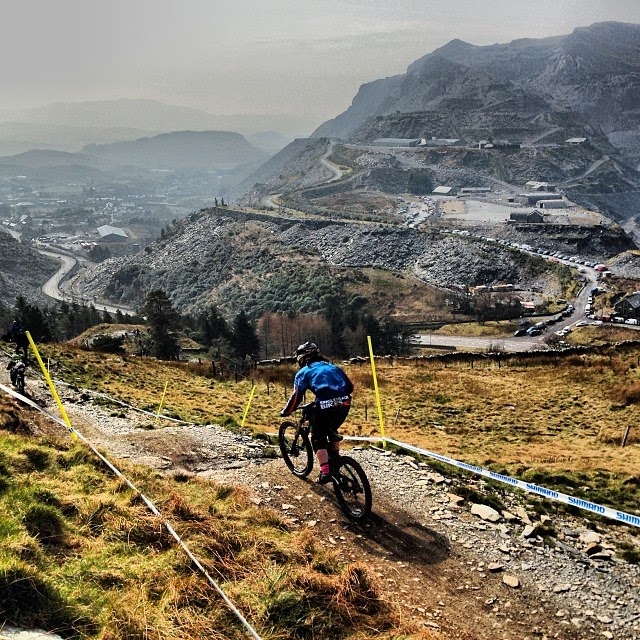 Gemma Taylor battling a head wind with an awesome backdrop﻿

Unfortunately Shane Craig (Senior Men) has a big stack at the first drop off and came down on his head pretty hard during his seeding run. Being a bit dazed Shane made the sensible decision and didn't race. Hope you are feeling better Shane! 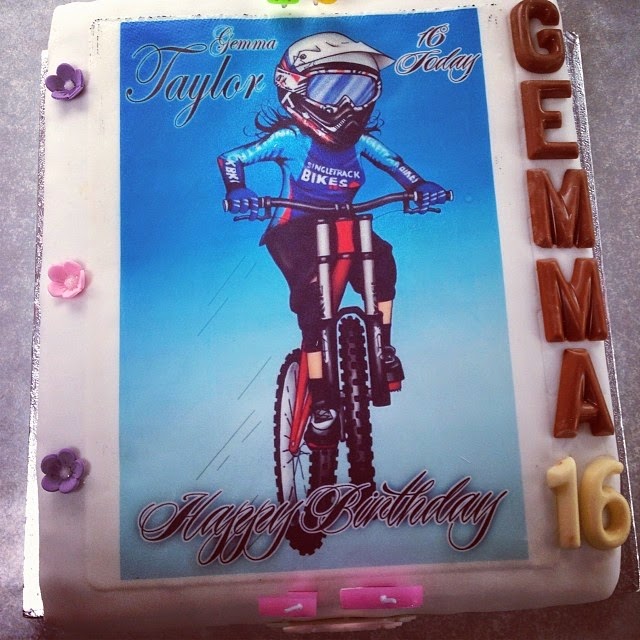 ﻿
5th place for Gemma Taylor made for an awesome 16th Birthday
Now with the 1st round under everyone's belt we all go home buzzing and looking forward to the next one. Massive thanks to Kona for supporting our race team for the 2014 season. The bikes are running sweet as a nut. Catch you all at Round 2! 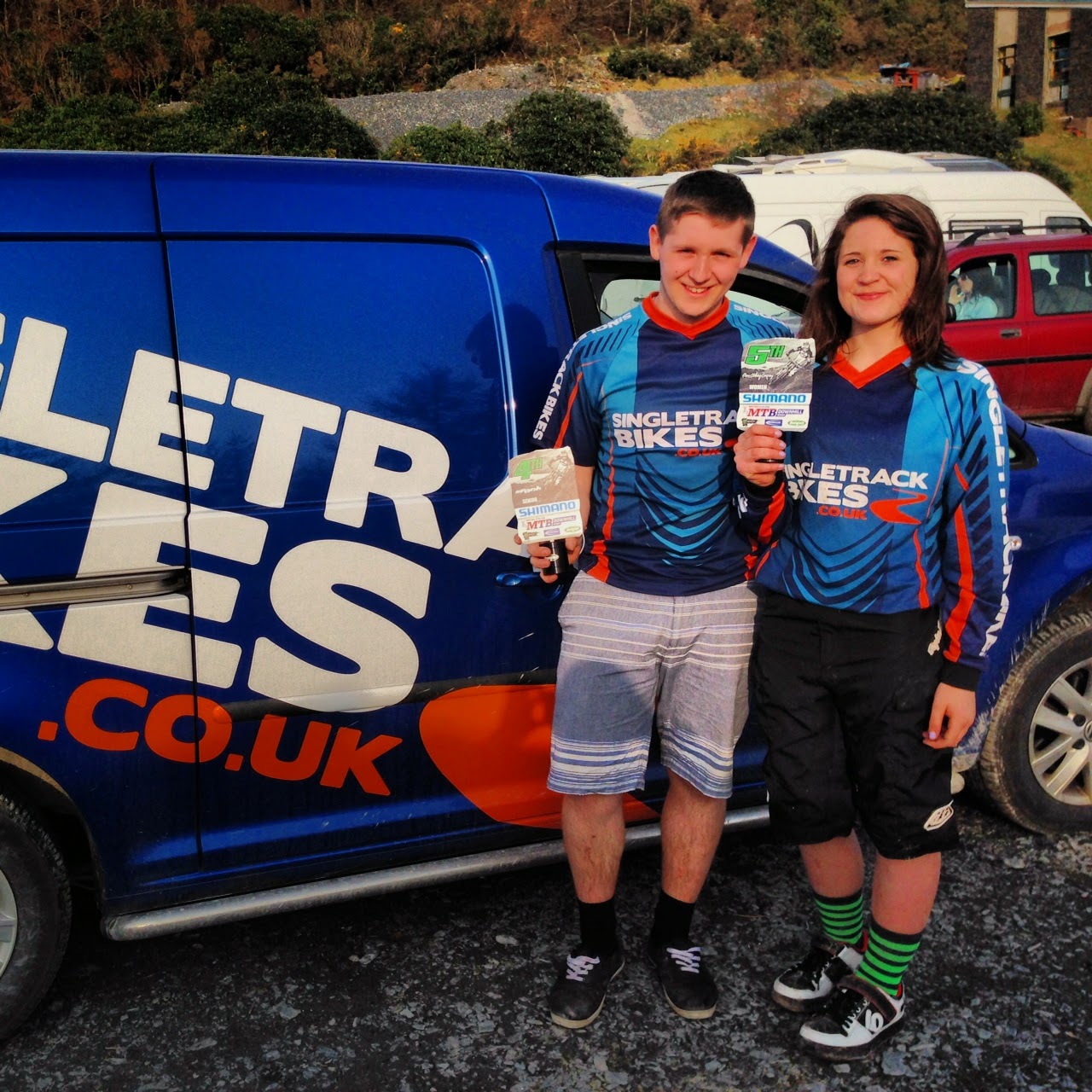 Chris & Gemma show off their trophies 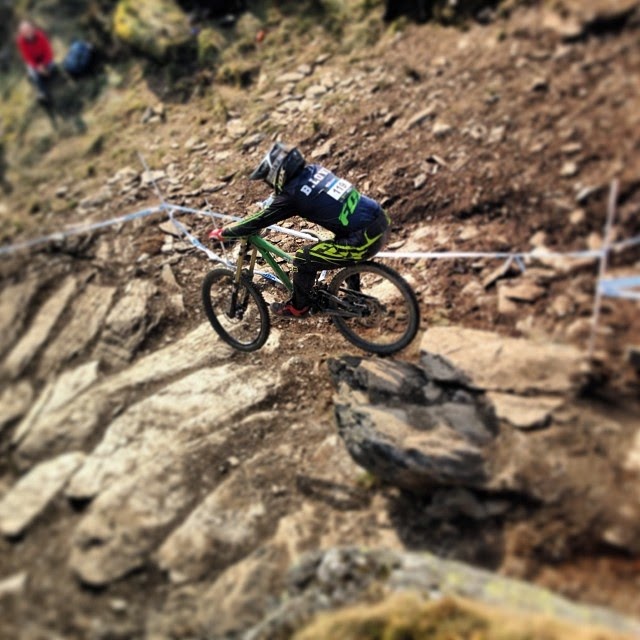 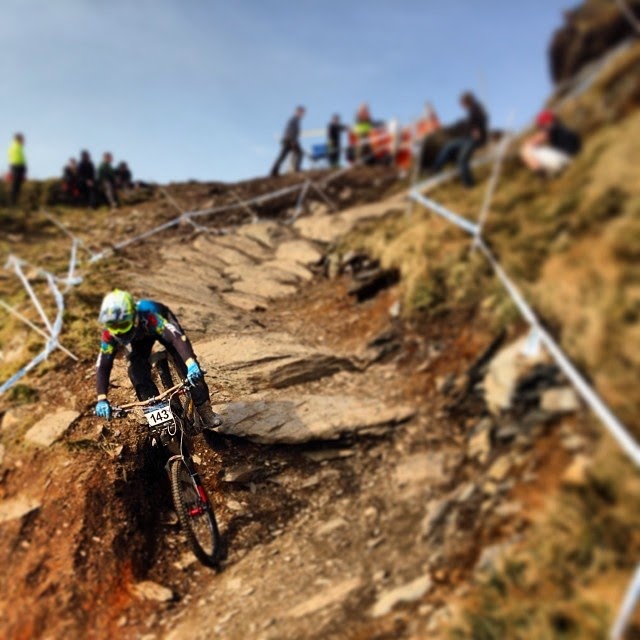 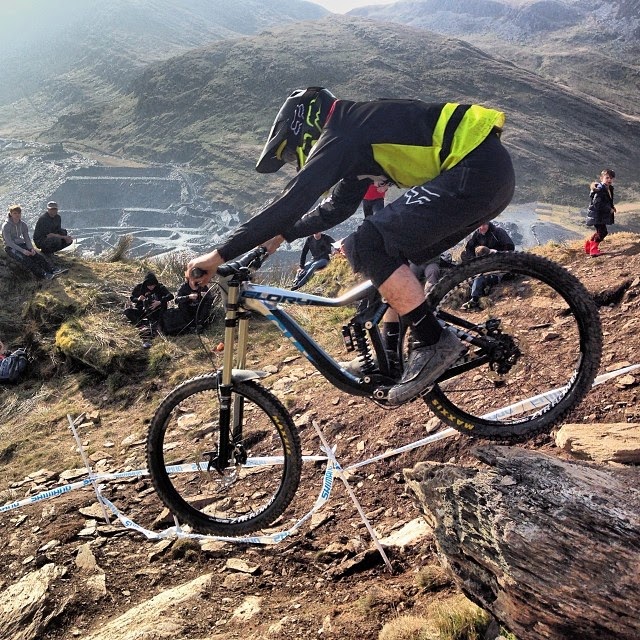 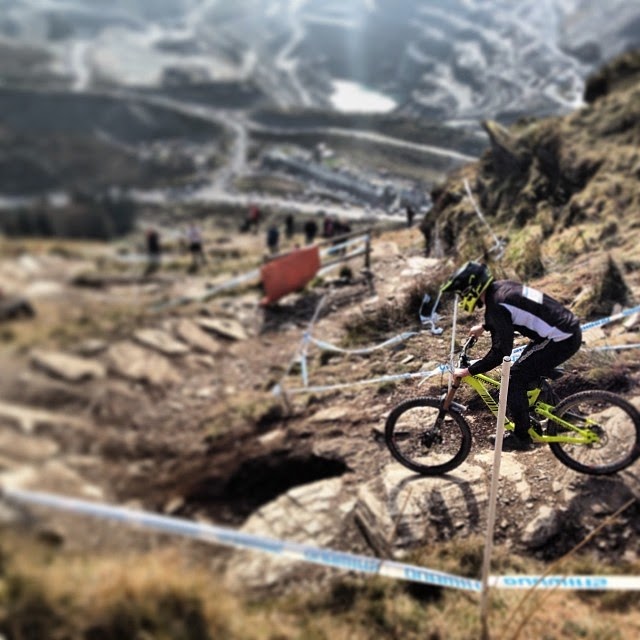 Email ThisBlogThis!Share to TwitterShare to FacebookShare to Pinterest
Labels: Downhill