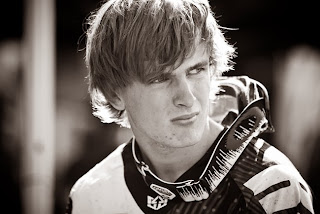 We are very pleased to announce that Lewis Buchanan is making a return to racing in 2014 after a bad break to his leg during the second World Cup round which put an end to his 2013 season and an end to his factory ride hopes.

Over the past year or so, Singletrack Bikes have sponsored and supported Lewis’ race career, providing products for training, clothing, etc. Some of Lewis’ personal sponsors will be announced in the coming weeks.
The riders in the Singletrack Bikes’ DH race team were hit hard when Lewis was unable to take part in the 2013 season. As a team, we saw first hand the passion and commitment to his sport, and witnessed Lewis’ devastation when the accident happened. Like a committed athlete, Lewis focused all his energy into his recovery and planning for the 2014 season. Being a part of the Scottish cycling downhill programme for this off season and 2014 will help him tremendously in training and in improving his speed.
The Singletrack Bikes race team has been taking shape, with Kona providing grass roots sponsorship for our riders. With Lewis planning the 2014 season as a privateer, it made sense for us to team up with Lewis and we provided him with a Kona Operator to race on. Here is what Lewis has to say about the 2014 season:
“I am very thankful and happy to be on board with the Singletrack Bikes/Kona team for 2014. After having a good start to 2013 my unfortunate crash put a stop to my year. I am fully healed up and ready to get in to my preparation for 2014 with the Scottish Downhill Programme and my coach Chris Ball.”
Lewis will be racing the full British and Scottish Downhill Series. He will also be racing the European rounds of the UCI World Cup series.
Posted by Unknown at 4:50 pm

Email ThisBlogThis!Share to TwitterShare to FacebookShare to Pinterest
Labels: Team